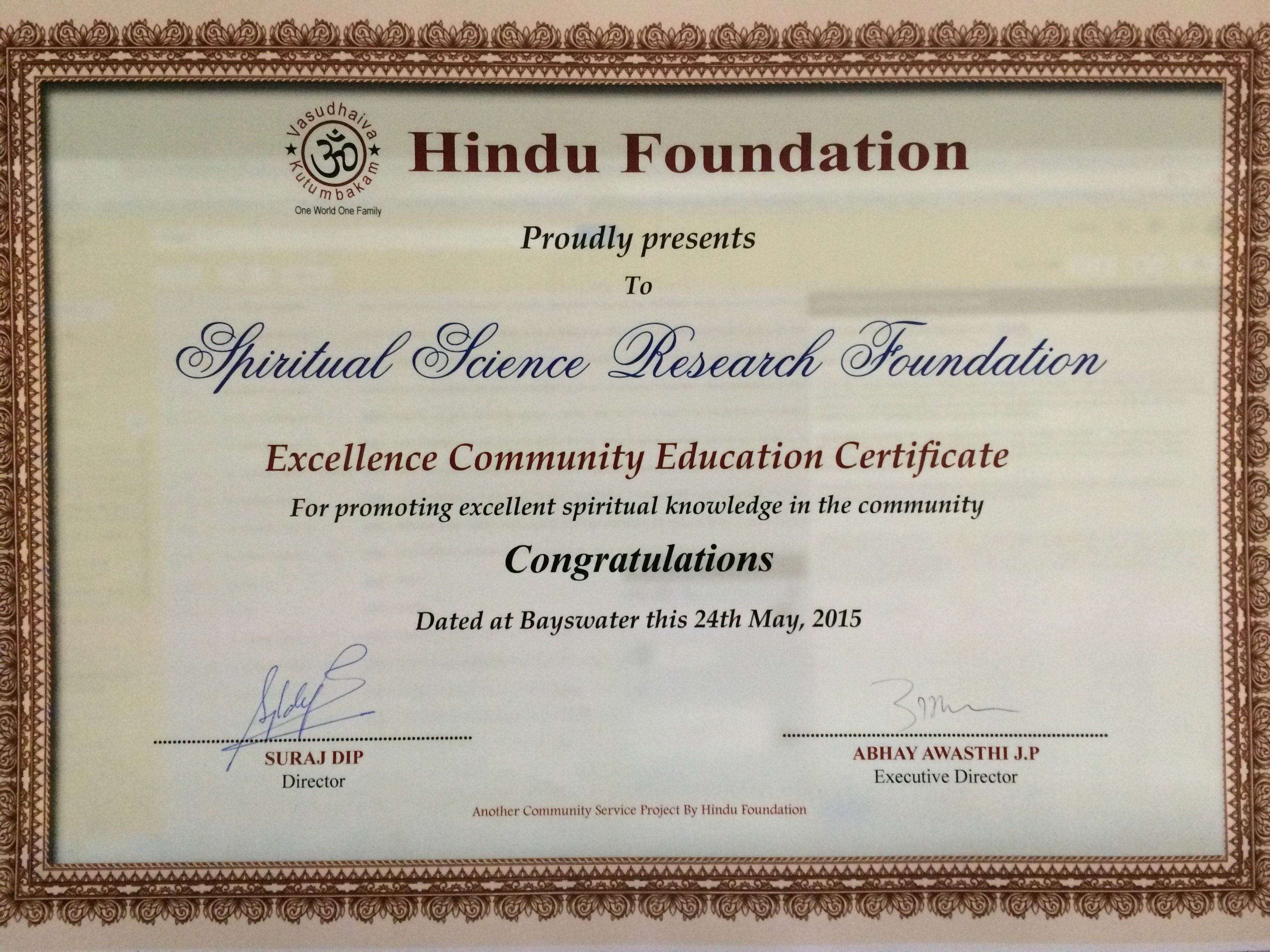 An acknowledgement of SSRF’s contribution to society

The Hindu Foundation, one of Australia’s oldest Hindu organisations held an awards function to recognize the efforts of key community members towards the welfare of the Hindu Community in the state of Victoria.

SSRF was ceremoniously presented with a Certificate on 24th May, 2015 by Mr Srinivasan, Department of Multicultural affairs Commissioner, Victoria Government, Australia, for promoting excellent spiritual knowledge in the Community for the benefit of its members.

SSRF was acknowledged for its outstanding contribution in providing the residents of the Hindu community with divine spiritual knowledge and ensuring that their spiritual development occurs. The award was presented to Mr Vamsi Krishna, representative of SSRF in Australia.

Pandit Abhay Awasthi, the Executive Director of the Hindu Foundation explained that he has been following the activities of Spiritual Science Research Foundation for many years and he has great reverence for the spiritual knowledge provided by SSRF.

Mrs. Geeta Devi, President of Vishwa Hindu Parishad (VHP), also added that the divine knowledge provided by SSRF is being implemented by its members. Many of them are following the spiritual practice as recommended by SSRF, like chanting the name of God as per their religion of birth and adapting to the universal spiritual principles. Some members were also following the spiritual healing remedies and spiritually purifying their homes as per the guidance available on the SSRF website.

After the awards ceremony, a large number of people who attended the awards function approached the representatives of SSRF to enquire about the activities of Spiritual Science Research Foundation. They wished to know how they could access the information on divine knowledge. The SSRF website address was provided to all the curious.

All seekers of SSRF round the globe appreciated the efforts of SSRF-Australia in bringing the community closer through the spread of divine knowledge and offered immense gratitude to H.H. (Paratpar Guru) Dr. Athavale for this recognition. 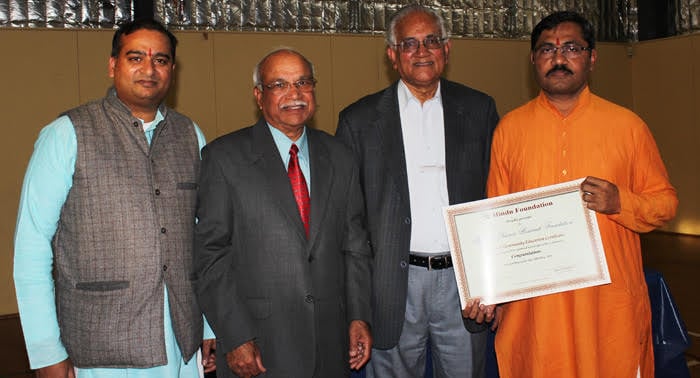