In her book Sleep Paralysis: Night-mares, Nocebos and the Mind-Body Connection, Shelley Adler acknowledges that alternate explanations like SSRF’s are needed to understand sleep paralysis 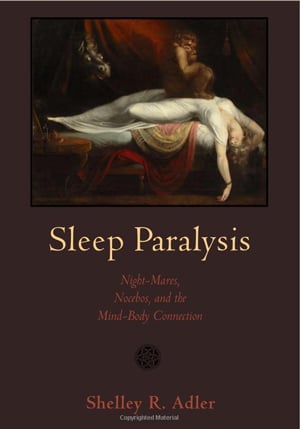 Most of us study science when we go to school. Charts, graphs, weights and measures are all used to help us understand and relate to the world around us. We learn that what is testable and verifiable by our five senses, mind and intellect is real and proper science. Even at higher levels of academia, the methods of research used have been far removed from Spirituality or spiritual science.

However in recent years government and academic research facilities have begun exploring the impact of Spirituality and the spiritual dimension on the quality of life and their purpose in our life. One illustrative example of that is a publication by Rutgers University’s Studies in Medical Anthropology department (New Jersey, USA), Sleep Paralysis: Night-mares, Nocebos and the Mind-Body Connection by Shelley R. Adler, in which she has cited and used images obtained from Spiritual Science Research Foundation’s subtle-knowledge department about the causes of sleep paralysis.

The book acknowledges the limitations of modern scientific and academic research to sleep paralysis causes, saying, “the night-mare cannot be categorized using conventional mechanistic models. This challenge reveals yet another reason the experience has long resisted scientific study; it defies traditional categories and the division of academic disciplines. Because the night-mare does not respect the boundaries we have set—between science and religion or body and mind—our thinking must also defy conventional, reductionist models in order to understand the experience as fully as possible” (Adler, 136).

Such a conclusion has proven invaluable to readers, earning a 5-star rating on Amazon.com for her willingness to acknowledge and explore alternate explanations and models. Citing David Hufford’s 1982 book The Terror That Comes in the Night (Adler, p. 82), Adler notes that what is often debunked as myth and superstition is often later proven as true by scientific inquiry. 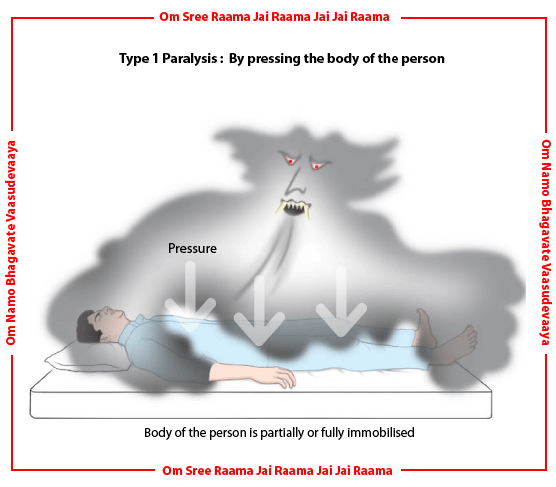 The above image was cited in Dr. Adler’s book (p. 79) and was captioned: “4.1 Depiction of Immobilization (sic) during Sleep Paralysis. This illustration was provided by the Spiritual Science Research Foundation (SSRF), a nonprofit organization (sic) that, has conducted spiritual research since 1986. A representative of SSRF explained that the organization’s intention is ‘to demystify the spiritual realm and provide research that will help humanity to effectively alleviate difficulties in life and progress spiritually in a very practical manner.’ The text circumscribing the illustration is a Sanskrit (sic) mantra. The chants are ‘a subtle protective border which does not allow negative energies to spread their black energy onto anyone who is looking at the drawing. The visual drawing of a negative energy also carries its associated energy. So we kindly suggest that those chants remain.’”

While the book does not offer a definitive explanation for sleep paralysis and nightmares, it does recognize the need to utilize other methods of research, including that of the Spiritual Science Research Foundation.

SSRF has already written about the differences between modern research and spiritual research. As the spiritual dimension is infinite, so too are the possibilities for academic and modern scientific research to draw from it and find lasting solutions for a better quality of life.