A unique occurrence of Divine particles appearing in SSRF’s research center and on seekers on the same day when the scientists declared that they have ‘discovered’ the God particle! 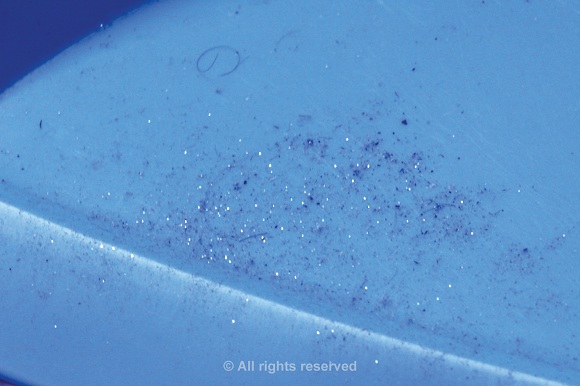 To find answers to the routine questions  such as ‘Does God exist ?’ and ‘How was the Universe created?’ etc., scientists performed a huge experiment in Switzerland a few months ago that aimed to recreate events just after the so-called Big Bang (beginning of the Universe). The objective was to find out what may have caused the origins of this universe. The results of this experiment were made public on 4th July 2012, news of which appeared in newspapers the next day.

On the very same day that scientists declared that they had ‘found’ the God particle, SSRF seekers actually saw Divine golden particles in SSRF’s Research centre and ashram at Ramnathi in Goa, India.  One would think that this may be a coincidence but in Spirituality there are no coincidences.  God has graced us with such an experience  to show through this event  that spiritual practice is the  answer to every question. When one does regular spiritual practice, with time, one gains access to the Divine Knowledge and God gives Knowledge and experiences free of charge. In modern science scientists put maximum efforts for longer periods of time to ‘discover’ something that those who have access to Divine Knowledge can obtain in a second, free of cost. Despite spending over 9 billion dollars and 10 years in conducting the experiment, scientists are not yet completely sure whether what they ‘found’ are indeed Divine particles. At the same time. God created Divine particles on the physical body of Paratpar Guru H. H. Dr. Athavale from March 2012 onwards just like He had created many Divine changes in His body. Moreover, seekers could actually see them. Previously they were visible only in sunlight but from 25th June 2012 onwards they were visible in artificial light as well. On 5th July 2012, when His Holiness Dr. Athavale  rubbed both His hands together, several such Divine particles fell on a paper below. He then showed them to many seekers.

The next day innumerable glittering golden and silvery particles were found on the chairs, tables and computers of the Department for Holy texts, Accounts Department and Arts Department of the Ramnathi research centre and ashram, besides being seen on the bodies and clothes of many seekers and their beds. These particles were even detected in the trash. Seekers have preserved all of them. 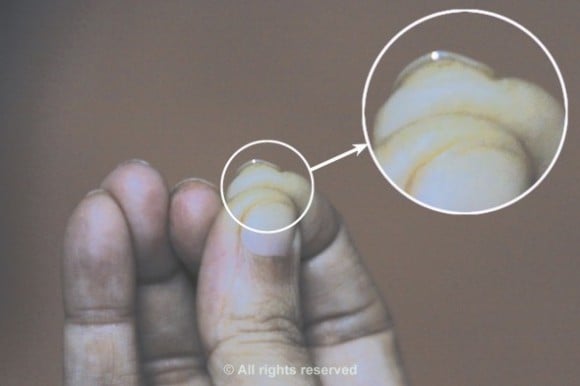 A close-up of a Divine particle

When we become pure devotees of God we attain God Himself and once He is attained everything becomes possible.