What is the Real Battle Between Light Side and Dark Side of the Force?

Note: for those who are not Star Wars fans, while we do make parallels to Star Wars, this blog is about the fight between positive and negative forces in general and can be understood by anyone even if they didn’t watch the Star Wars movies.

1. Introduction – the mesmerising battle of Light and Darkness

Good versus evil, good guys vs the bad guys. In almost every one of the highest grossing and highly popular movies, if we study the synopsis, we will notice the underlying tone of the battle between good vs. evil. From Lord of the Rings to the Avengers, from Harry Potter to Avatar, in Fast and the Furious, Star Trek and the Matrix, we see the same battle playing out. These movies generate intense emotions in the viewers, make them identify personally with the characters and root for them. 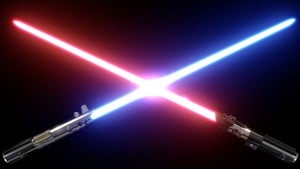 Out of all the movies, the Star Wars franchise may be the best and most obvious representative of this, with its main synopsis of the battle between the Light side and Dark side of the ‘Force’. With its various characters representing each side, some of which have supernatural abilities like control of the Force (which refers to some universal energy), Star Wars has developed almost a cult following of people from young to the old. The newest Star Wars movie which opens on December 18th, 2015 is expected to break all records and be the highest grossing movie of all time.

This can make one wonder how such movies can create such a strong attraction in society. Do people intrinsically feel that there is some truth in it? Is there actually a ‘Light Side’ and a ‘Dark Side’, with people or entities from these two sides waging a war against each other? Are there levels and masters on each side and do they have special abilities similar to controlling the Force?

Read below, and the answer may just surprise you.

2. Do the Light side and Dark side actually exist?

In theoretical terms, throughout history there were numerous stories, books and beliefs revolving around the concept of ‘good and evil’. In religion, philosophy and ethics the concept is very prevalent. In fact there is no major religion where the battle of good and evil is not mentioned.

But beyond the theory, in actual reality both the Light side as well as the Dark side do exist. Of course, not in the same way as depicted in the Star Wars movies, as the movies are dramatized and there is a lot of imagination involved. But both sides, which can be called positive forces and negative forces, are very real and they exist in the following way:

This can sound a bit far-fetched to some, but there is a logical explanation and their existence as well as the battle waged the two sides is visible in society as well. So to understand who these positive and negative forces are, how they function, how they battle each other and how our society is impacted, please read the explanations below.

The positive and negative forces exist on earth, as well as in the subtle planes.

4. How do the positive forces (Light side) and negative forces (Dark side) wage their battle?

The battle happens both at a subtle level and at the gross level.

At the gross, physical level, each side tries to influence the world to become either positive or negative.

Positive forces do it by spreading Spirituality, teaching people about spiritual practice, spiritual development and spiritual healing. They also try to help people in society inculcate qualities and behaviour which would increase positive energy. When people follow such lifestyles, it leads to physical, psychological and spiritual health and happiness. It also keeps a sense of unity in society and an openness and acceptance of others regardless of their individual spiritual path.

Negative forces try to turn society into their playground so that they can fulfil their base desires. They commit crimes, they influence trends and behaviour in all parts of society (music, art, fashion, laws, regulations, etc.) to generate an increasingly negative environment. It leads people towards selfish, materialistic, immoral or aggressive behaviour and causes worldwide suffering at a physical, psychological and spiritual level.

The main battle between positive (Light side) and negative (Dark side) forces happens at a subtle level. Through the strength of their own individual spiritual practice, as well as collective spiritual practice (for the benefit of or to the detriment of society) each side collects either positive or negative energy. They then naturally emit it into the environment, turning the environment positive or negative. This in turn influences the people around them and society as a whole.

After reaching a certain higher spiritual level, both positive and negative forces also acquire special abilities. Positive forces are able to emit large amounts of positive energy over vast distances, emitting frequencies of energy, Divine consciousness, Bliss and peace. Negative forces are able also to emit large amounts of negative energy over vast distances, emitting gross or subtle negative energy at a manifest or unmanifest level. Each side uses the energy to fight with the other side, or to either help or hurt society. This causes either benefit (in case of positive energy) or detriment (in case of negative energy) to the people who receive these energies.

The positive and negative forces in people also may acquire or have access to supernatural powers, such as being in fire and not being burnt, breathing under water, protection from accidents and elements, etc. (this happens at higher spiritual levels and as there are only very few people with these abilities in the whole world, we don’t see such phenomena in our immediate surroundings)

5. How does the battle between the positive (light) and negative (dark) forces influence people, world leaders, society and the planet?

People think that their state of mind is only their own, but in reality it is greatly influenced by the positive or negative energy in the environment and the people around them. Positive energy makes people happy, elated, peaceful and content. Negative energy makes people restless, stressed out, aggressive and depressed. That is why sometimes people undergo unpredictable mood swings just by being in some location or by being around some person. Also sometimes even without changing their location people can all of a sudden feel positive or negative, which is a sign of either help from positive forces or an attack by negative forces.

5.2 Impact on world leaders and society

This effect happens also at the level of leaders or people who influence society, such as world leaders and local government leaders, company owners, CEO’s, leaders of various organisations, news media, educational institutions, writers, artists, scientists, philosophers, public personas, etc. In their case their decisions are even to a greater extent based on the influence of positive or negative energy. This is because positive and negative forces both try to influence leaders as they have the potential to have a massive impact on the whole of society.

Influenced by positive energy, leaders make decisions which bring peace to the world, a positive environment in a city, community, organization or company. It brings unity among people, strengthens unselfishness, humane behaviour and good family values, increases care for natural resources and benefits society at a physical, psychological and spiritual level.

Influenced by negative energy, leaders’ decisions bring about wars, disorder in cities, communities, organizations or companies. It creates separation and selfishness among people, destruction of humane behaviour and family values, overuse of natural resources and brings suffering to people at a physical, psychological and spiritual level.

5.3 Impact on the planet

Increase in positive energy brings peace and steadiness in the environment, reduction of natural disasters, and a sense of general well-being and harmony in nature.

Increase in negative energy brings unsteadiness and erratic movement in the environment, increase in natural disasters, and a sense of imbalance and discord in nature.

6. Conclusion and what can we do?

We can introspect about the points mentioned above and study where our world is now:

The more we study the state of the world, the more we are able to understand the Light side and the Dark side, and the more we see how widespread the battle and its influence on everyone is.

Currently we are at the midst of a great battle between these two forces, which will culminate in 2018 with World War 3 involving weapons of mass destruction, including nuclear weapons.

To be fully protected and to imbibe positive energy in us, we can either start spiritual practice (if we are not doing it currently), or if we are already doing it, we can continue making efforts to bring it to the next level. 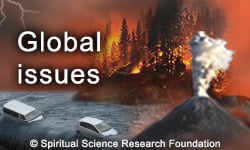 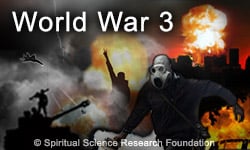 A global issue of utmost importance for all humanity, World war 3 is approaching at a fast pace. 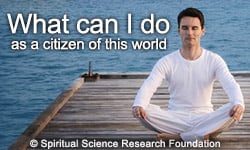 Here is some practical information on what each of us can do to help the situation.